For a photographer, the camera is a tool of exploration, an instrument of change. His images show that photography is important, today more than ever. 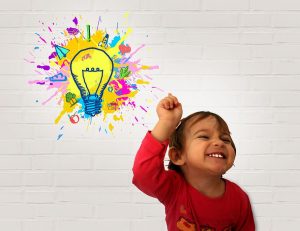 The National Geographic Society did not set out to prove that the Danish philosopher’s thesis was true, at least initially. His mission was to explore, and the black and white pages of his official gazette weren’t exactly a feast to behold. It would be years before National Geographic explorers began to use the camera as a tool to return from their expeditions with what is now a trademark of the house: photo reports capable of modifying perceptions and, in the best of cases, changing lives.

By subtracting a precious particle of the world from space and time and presenting it in absolute immobility, a masterful photograph can revolutionize our world, make it visible in its many facets, to the point that from that moment on we will never see it the same. After all, and also in the words of Kierkegaard, “the truth is a trap: the only way to get to it is to get caught.”

Today photography is a planetary vortex of snapshots. Millions of photos are posted on the web every minute. Therefore, everyone is susceptible to being photographed at any time, and everyone knows it. And in this hyper-egalitarian “terra infirma” where everyone has a camera, almost Orwellian and obsessed with photos, National Geographic photographers continue to excel. The reason that his works stand out from the rest is not only because of personal decisions (to use a certain lens for a specific lighting and for a given moment) that are translated into his own style, but because his best images remind us that a photograph can do much more than simply document, freeze a moment and save it for history: it manages to transport us to worlds never seen before. 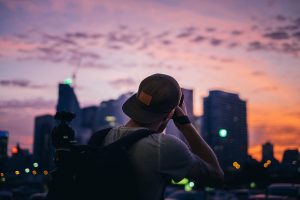 When I say that I work in this magazine, my interlocutors open their eyes wide, and I prepare myself for the anticlimax that follows when I point out: «writing texts». The National Geographic photographer is the epitome of cosmopolitanism and sophistication, the lucky man who travels the world and gazes at its beauties and has a job that anyone would dream of. Yes, I have seen The Bridges of Madison . But for my work I have spent many hours with photographers from Geographic, and what I have seen is much to admire and nothing to envy. His vocation is the strenuous effort to tell a story through transcendent images, but his cross is a daily litany of obstacles (penalties for excess baggage, inclement weather, no for an answer) dotted with disasters (broken bones, malaria, imprisonment ). Away from home for months – missing birthdays, vacations, school festivals – they sometimes find themselves in the role of unwelcome ambassador to countries hostile to the West. Or they spend a week perched in a tree. Or they eat a plate of insects for dinner. And while we are, let me add that Einstein, who made fun of photographers by calling them Lichtaffen (“monkeys drawn to lights”), he didn’t have to get up at three in the morning to work. Let’s not confuse nobility with glamor.

And it is that anyone would say that they love it. The seduction of the camera made them leave their respective environments (a small city in Indiana or Azerbaijan, an isolation room for patients with polio, the South African army), and over time their work has ended up reflecting well differentiated passions: the human conflict and disappearing cultures, big cats and tiny insects, the desert and the sea. What do National Geographic photographers have in common ? The passion for the unknown, the courage to recognize oneself as ignorant and the wisdom to admit that, in the words of one of them, “photography is not taken: it is given to you.”